Here we summarize recent work on the continued development of our fast and simple empirical equation for predicting and structurally rationalizing protein–protein and protein–peptide binding affinities. Our empirical expression consists of six regression-weighted physical descriptors and derives from two key simplifying assumptions: (1) the assumption of rigid-body association and (2) the assumption that all contributions not explicitly considered in the equation make a net contribution to binding of ≈0 kcal. Within the strict framework of rigid-body association, we tested relative binding affinity predictions using our empirical equation against the corresponding experimental binding free energy data for 197 interface alanine mutants. Our methodology produced excellent agreement between prediction and experiment for 79% of the mutations considered. These encouraging results further suggest the basic validity of our approach. Further analysis suggests that the majority of the failed predictions can be accounted for in terms of mutation induced violations of assumption (2). In particular, we hypothesize that assumed away charge and aromatic side chain-mediated electrostatic interface interactions play a key role in protein–protein recognition and that such interactions must be explicitly considered for a more generally valid approach to physics-based binding affinity prediction. 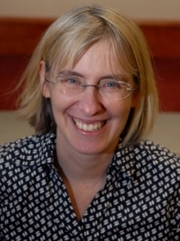