Devotion to the Bible remains an underappreciated aspect of American religious life partly because it fails to generate controversy. This essay opens a window onto America's relationship with the Bible by exploring a controversial moment in the history of the Bible in America: the public reception of University of Chicago professor Edgar J. Goodspeed's American Translation (1923). Initially, at least, most Americans flatly rejected Goodspeed's impeccably credentialed attempt to cast the language of the Bible in contemporary "American" English. Accusations of the professor's irreligion, bad taste, vulgarity, and crass modernity emerged from nearly every quarter of the Protestant establishment (with the exception of some card-carrying theological modernists), testifying to a widespread but unexplored attachment to the notion of a traditional Bible in the early twentieth century. By examining this barrage of reaction, "Monkeying with the Bible" argues that Protestants, along with some others in 1920s America, believed that traditional biblical language was among the forces that helped stabilize the development of American civilization. 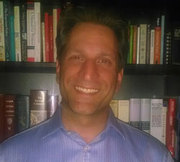