A Knowledge Translation Intervention Designed and Implemented by a Knowledge Broker Improved Documented Use of Gait Speed: A Mixed-Methods

Although outcome measures are a valuable part of physical therapy practice, there is a gap in routine outcome measurement use by physical therapists (PTs). Knowledge brokers (KBs) are individuals who can collaborate with PTs to facilitate outcome measure use. The purpose of this study was to determine whether an intervention tailored by an external KB, cocreated with the PTs and supported by the supervisor, would increase the use of gait speed by PTs working at an inpatient subacute rehabilitation hospital.

A mixed-methods study was conducted with 11 PTs. The 2-month intervention included education, documentation changes, audit and feedback, goal setting, and organizational support. Use of the 4-meter walk test was measured through chart audits and was self-assessed with the Goal Attainment Scale. Proportions were calculated to determine the number of times gait speed was documented by the PTs both at initial examination (IE) and at discharge. A repeated-measures analysis of variance was used to determine significant differences from baseline (3-month retrospective chart audit), 0 to 2, 2 to 4, 4 to 6, and 6 to 8 months. A Wilcoxon signed rank test was used to determine significant differences in self-reported use on the Goal Attainment Scale month 0 to month 2. Focus groups immediately following the intervention (month 2) and at follow-up (month 9) were used to determine barriers to measuring gait speed and perceptions of the intervention. Open coding was used to identify key themes. A comparison group of per diem PTs was trained by the supervisor between months 4 and 8, using the approach developed by the KB. The comparison group was included as their training may have influenced the experimental groups' outcome. Chart audit data for the comparison group from months 0 to 2, 2 to 4, 4 to 6, and 6 to 8 were reported descriptively. 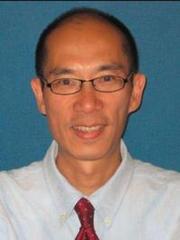